Au pair of the year – Winner

Winner of the IAPA Au Pair of the Year Award 2017

French au pair Georgina Pinson (19)  was presented with the IAPA Au Pair of the Year 2017 Award during our Opening reception held at the Künstlerhaus in Munich during the Work Experience Travel Market and IAPA Annual Conference (WETM-IAC) 2017.

An international jury of five people had selected her from 50 nominations.

Georgina was placed by receiving agency Lopair from China. Her sending gency had been Solution Au Pair & + from France. Her Chinese host family Zhao from Beijing – where she had lived for 6 months – had nominated her for the award.

During her passionate and moving speech she proved what an exceptional person she is and how she had grown from the once-in-a-lifetime  au pair experience in China.

The audience was thrilled with her speech and when Georgina was presented with the award and a short greeting video from
her ” little sister” in China no one – including the happy winner – could stop their tears.

“Everyday was different and exciting and had its challenges, but everyday was new opportunity to teach and be taught something incredible or something completely normal. China is home to one of the seven wonders of the world, the Zhao family (and there’s the Great Wall too!). I know today that I am a much better person than before I became an Au Pair and for that I am so grateful.

Well done Georgina! The whole au pair community is proud of you and we wish you only the best for your future! 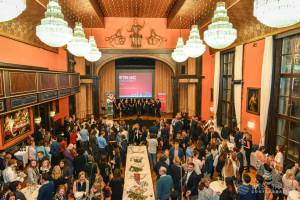 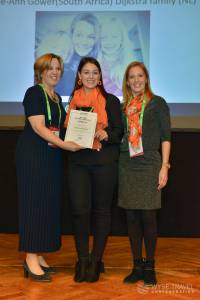 “During my year, I spent time building beautiful bonds, making new friends and discovering other cultures and peoples. This has given me new perspectives, confidence and determination to continue along this path of discovery. I am grateful for being given this opportunity.” 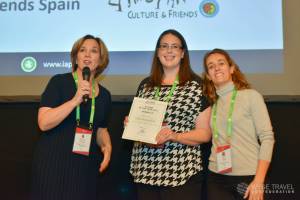 “Being an au pair is a cultural immersion. It means experiencing the politics, the food, religions, and the racial diversity. This has made me grow up, be more appreciative and tolerant about people, I’ve learnt how to live and how to see life from a different perspective, out of my comfort zone.”