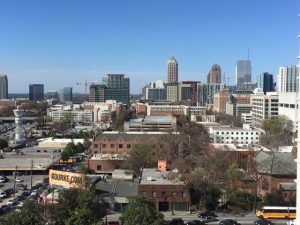 35 Full Voting members were present in the room, with 18 organisations holding a proxy vote for members unable to attend.

During the AGM we presented an overview of our activities over the last year and we provided our outlook for the year 2016.

The most important topic however was the presentation of two different options deciding on IAPA´s future within or without WYSE Travel Confederation. After changes within the WYSE structure IAPA members had to decide which way they saw their association take.
The decision members took with 45 against 8 was to become independant and for IAPA to manage itself in the future from an office in Munich with Patricia Brunner who ended her term as chair as Managing Director.

In addition, the Annual Accounts for 2014 and 2015 were presented, as well as a preliminary budget for 2016. IAPA made a profit in both years and IAPA is in good financial shape.

The assembled membership ratified and approved our 13 new members and agreed on the members to disaffiliate.

Some minor Constitunional changes had to be voted on that mainly were neccessary due to the change of name and the changing status of IAPA within WYSE. IAPA will be Founding member of WYSE but no more a sector association as WYSE will have no more sector associations.

Two seats were up for election on our Executive Board, with Patricia Brunner from Munichaupair stepping down after a full term as chair and our board member Delphine Vaills´ term coming to an end as well.

We’re happy to announce our new chair Delphine Vaills from Europair Services in France and Ellen Heesen-Hiemstra from House o Orange NL who has taken up the board member position .

For a full report on what was discussed, read through the draft minutes of the 2016 Atlanta AGM

Please find below all relevant documentation that was distributed before the AGM:

No printed copies of the reports were provided during the meeting.
We look forward to welcoming you again for our 23nd IAPA Annual General Meeting in Munich, Germany!